The Final BBlog: A Super Sayonara 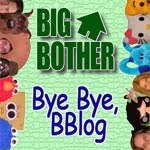 All good things must come to an end, and with this post, so ends the Big Bother BBlog. We've covered the development of BB and featured over 50 other webseries. But have no fear! We’ll be returning with a new blog soon. Following the release of Big Bother: Season 2, there won’t be a lot of Big Bother news until we return next summer with the third and final season. BUT, Dumper Entertainment has multiple animated webseries in the works. We’ll bring you all of the latest news on them in the new monthly blog. We just haven’t decided what to call it yet J. On to this month’s WebTV category: Super Hero Shows. 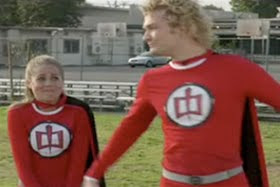 Believe it or not, America’s favorite TV super hero of the ‘80s is back … on WebTV. Writer/producer Frank Zanca has reimagined the adventures of Ralph Hinkley (Allen Rueckert), the high school teacher who inherited a super suit, but not the instructions. This time around, Hinkley is joined by cheerleader sidekick Ashley Rizzo (Brittany Ross). Other cast members include Morgan Snyder, Duane Daniels and Don Stark (From That ‘70s Show). The Greatest American Hero can be viewed at Zanca’s video website StayTunedTV.net, which also hosts such webseries as The Darkness Descending, Safety Geeks: SVI, Murder Squad, Workshop and Big Bother. 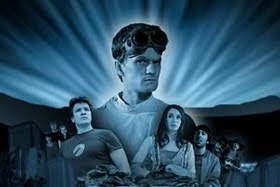 Our next show is one of WebTV’s biggest success stories. Its super hero, Captain Hammer, is actually the antagonist to protagonist Dr. Horrible, the evil genius. Dr. Horrible (Neil Patrick Harris from How I Met Your Mother) has his wicked heart set on acceptance in the Evil League of Evil. But he encounters two obstacles: 1) His nemesis Captain Hammer (Nathan Filion from Castle) and 2) His love interest Penny (Felicia Day from The Guild). Joss Wedon (Creator of Buffy the Vampire Slayer) directs this family project, written by Maurissa Tancharoen and Joss, Zack and Jed Whedon, who also composed. 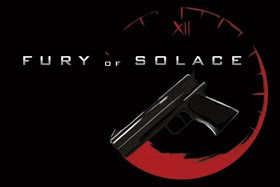 The Fury of Solace

Our next selection was inspired by Dr. Horrible. At ComiCon 2008, Joss Whedon announced a contest that would accept video submissions for the Evil League of Evil; the top picks would be included on the Dr. Horrible DVD. Thus, The Fury of Solace was born. In the musical pilot episode, we learn of the mysterious Fury of Solace (Creator Emmett Furey from Bumps in the Night), and the crime he once committed. We also learn of The Orphan (Played by Laurel Rankin), a blue-haired hero with a tragic past. Look for BB's Carly Jones in new episodes later this year. 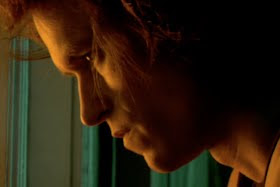 Our final show is a cross between super drama and super slapstick comedy. Johnny Raikou (Writer/director Jonathan Hance) is a hero for hire. With the aid of his friend, Friend (Portis Hershey), no case is too small. But their half efforts to engage in just enough heroics to pay the bills quickly spiral into a super adventure when they get involved with Jaden Adventure (Hana Mae Lee) and battle a human trafficking ring. Producer Amber Thomas mixes conventional comedy staples, like thought bubbles, with unconventional staples, like staples (you need to see it) to create a unique super show experience.

Posted by Justin Marchert at 3:14 PM No comments: