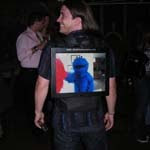 Big Bother is back, with brand new episodes every Thursday through the end of August. We’re getting the word out -- I recently did a promotional event in which the latest episode was strapped to my back (See picture). Another BB promotional opportunity is the Big Bother t-shirt. We’re hoping to have them available next month, so contact Justin if you’re interested in getting one. On to this month’s WebTV category – roommate comedies. Some are “friends,” others are “odd couples,” but all of these characters make great web stories because of their roommates. 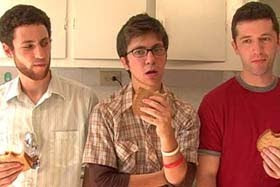 Shot on location in the apartments of New York, We Need Girlfriends follows the escapades of boy-next-door Tom (Partrick Cohen), neurotic Henry (Seth Kirschner) and over-confident Rod (Evan Bass) as they attempt to cope with their recent break-ups by finding -- you guessed it -- new girlfriends. The show gained instant YouTube fame for creators Angel Acevedo, Brian Amyot and Steven Tsapelas (Collectively known as Ragtag Productions). The group relocated from New York to Los Angeles after scoring a development deal with CBS. The Ragtaggers are now working on their next webseries, My Future Girlfriend (Watch for 2010 release). 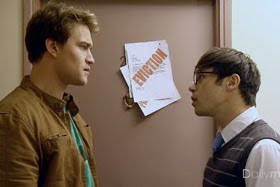 Our next webseries to watch centers around former roommates Hank (Director Brendan Bradley from The Legend of Neil) and Alex (Erik Scott Smith), who learn in the pilot episode that they’ve been evicted. After they make a vow to never pay rent again, their lives become an unending quest of finding a place to squat. Alex turns his office into his home, carefully avoiding annoying supervisor Sam (Sandeep Parikh from The Guild). Hank relies on the kindness of women -- like Julie (Co-producer Cooper Harris). This Toad Hop Entertainment production will soon return with the conclusion of season one on Daily Motion. 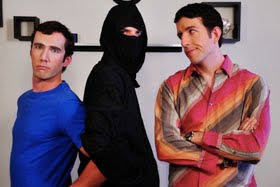 Our next set of roommates includes, believe it or not, a robot (Ryan Churchill), a ninja (composer Brian Giovanni) and a gay guy (show creator Travis Richey). The trio deals with the usual problems of 20-something roomies. Who owes rent money? Who ordered the pizza? Whose throwing stars are lodged in the flat screen? All three actors are students of the ACME Comedy Theater in Los Angeles. Helping out the robot, ninja and gay guy are director Rob Wood, head writer Eric Loya, co-creator Curtiss Frisle and guest star Nicholas Brendon from Buffy the Vampire Slayer. 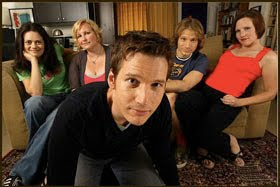 Life From the Inside

Our final selection is the tale of Mason Evan Harris (show creator Robb Padgett), a once famous songwriter who no longer has a career and technically doesn’t have any roommates. But, his fear of leaving the apartment makes surrogate roomies out of his friends: slacker BFF Guy (Steven Lekowicz), nosy neighbor Ashleigh (Tanya Ihnen), building supervisor and love interest Jennifer (Corrie Myers) and power broker agent Kate (Kathy Harmening). Check out their website for sitcom-length episodes (a rare thing in WebTV) and lots of additional shorts. Padgett and KATR Pictures are currently producing their next web series, Vampire Zombie Werewolf.

Posted by Justin Marchert at 7:16 PM No comments: