December Drama: 4 Webseries That Put a Chill in the Air 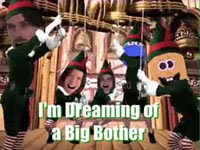 Happy Holidays! We’re excited to announce the release of our seasonal special, “I’m Dreaming of a Big Bother.” This musical romp features the BB cast playing Santa’s elves and dancing to hip-hop, country, disco and more. It also contains previews from BB’s upcoming weeks 3 and 4. Look for the return of new episodes in January. You also may have noticed the mini-redesign our website has undergone. We’re doing our part to be green. And now for our latest selection of webseries to see. We may not like it among our friends, but on the small screen, we love Drama! 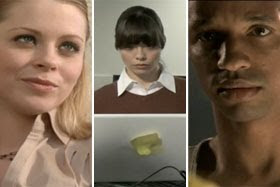 Today marks the premiere of DailyMotion's new thriller, Compulsions. Creator Bernie Su draws us into a world where everyone has a secret. Justine (Janna Bossier) is the girl next door, except for her need to hunt -- people. This is handy for Mark (Craig Frank from The Crew), who has an insatiable need to hurt people. The compulsive trio is completed by Cassandra (Annemarie Pazmino from Sorority Forever), whose need remains a mystery. Director Nathan Atkinson and company were all on-hand for Monday night’s premiere event, complete with interviews by WebTV personalities Kristyn Burtt (The Web Files) and Cricket Lee (Fangirl's Guide). 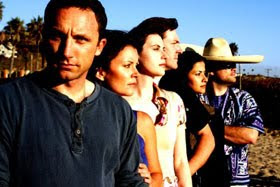 Our next selections can all be viewed at KoldCast.tv, beginning with the post-apocalyptic drama, After Judgement, which garnered six Streamy nominations. Writer/director Michael Davies Jr. (from HTSAAAR) offers a grim picture of the future. The sun never sets, the oceans are poisonous and the world’s population is quickly dwindling. But one day, survivors Steven (Joel Bryant from Hillers), an ex-priest, Michelle (Taryn O’Neill, also from HTSAAAR), an ex?-prostitute and a cop (Jim McMahon) learn that things may be changing when they see a child for the first time in 100 years. Has humanity been forgiven? 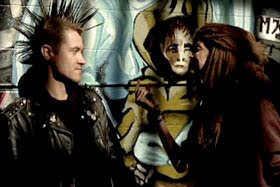 Deep beneath the streets of New York, a network of dark tunnels, hundreds of miles long, provide shelter for the homeless, escape routes for criminals and, possibly, answers for the rest of its inhabitants. In The Darkness Descending, some of these inhabitants, like ex-cop Jake Armstrong (webseries creator Frank Krueger), addict Skeeter (Michael Walton) and artist Harmony (Wylie Small), will soon learn there’s more to be afraid of here than the dark. “The Chosen,” a cult of sorts, have now laid claim to the tunnels. Director Mark Clebanoff and company have already begun developing the webseries into a feature film. 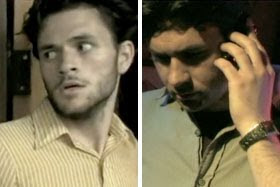 The Fall of Kaden

We travel from beneath the streets of New York to the mean streets of Chicago in our final dramatic selection – The Fall of Kaden. Loan shark Kaden (co-creator Adam Leiphart) has enough to deal with in his ne’er-do-well brother Danny (Joe Andaloro). Loose cannon Burke (Brian Troyan) has his own problems with unstable wife Nerissa (Diane Hren). But when Burke gambles away Kaden’s last $10,000, the fall truly begins. Director and co-creator Matt Doubler shot the series on location in Chicago. Wilson Cleveland (From the last Bblog post’s The Temp Life) associate produced (Perhaps during his 33-week vacation).
Posted by Justin Marchert at 5:37 PM 1 comment: