Office Humor: 4 Webseries You'll Be Discussing at the Water Cooler 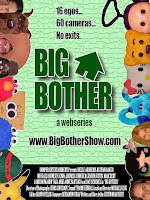 What’s this? A new “Big Bother Bblog” just two weeks since the previous one? There are so many new webseries popping up that we may start Bblogging a little more often. Tell us what you think by becoming a Bblog follower (Link above, or comment below), a Facebook fan, a Twitter follower, and or a YouTube subscriber. Before we get to the new webseries picks, check out the new poster artwork for Big Bother (right). Find a larger version in our Facebook Pictures. And now, what you’ve all been waiting for. Our latest WebTV category – Office Humor. 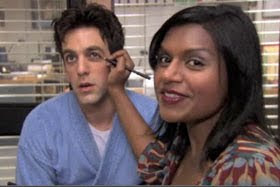 The mockumentary style of The Office (BBC & NBC) has influenced the look of many different webseries, like The Crew and MyJobESearchOnlinester.com. But Dunder Mifflin fans may not realize that the show branched into WebTV with its own webseries, The Office: The Accountants, and several follow-ups. The latest of which is the recent The Office: Subtle Sexuality. In this newest incarnation, Kelly Kapoor (Mindy Kaling, who also directs) and Erin Hannon (Ellie Kemper) take advantage of their co-workers’ absence and shoot a music video for their girl band, “Subtle Sexuality.” Kaling also writes and stars in Strike.tv’s, House Poor. 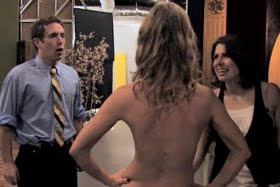 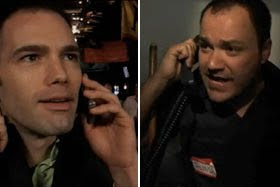 One of the longest-running shows on the web is The Temp Life. They’re about to launch their 4th season (Imagine 10th season in TV world) in which Nick “Trouble” Chiapetta (Writer and creator Wilson Cleveland) returns to work at the temp agency after his 33-week vacation. Employee Mark Sebastian (Mark Jude) informs “Trouble” that he has been demoted from CEO to temp. WebTV fans will recognize many faces in this office: Sandep Parikh from The Guild and The Legend of Neil, David Nett from Gold, Taryn Southern from Private High Musical and Sorority Forever, and Wendy Rosoff and Angela Espinosa from: 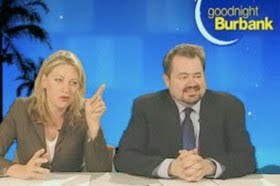 “Breaking news -- broken reporters.” Long before Hayden Black was summoning spirits in The Occulterers, he was spinning tales in an even more fantastical realm – broadcast news. Goodnight Burbank, a fictional local news program (and what goes on behind the scenes there) has garnered praise from USA Today, TV Guide, L.A. Times and a slew of other publications. Co-anchors Gordon Winston-Smythe (Black), Kelly Jones (Shulie Cowen), Susan Jones (Jamie Denbo) and the rest of the newsroom do their best to keep the public informed, even if they aren’t. Look for Black in the upcoming sci-fi comedy, The Cabonauts.
Posted by Justin Marchert at 12:00 AM No comments: