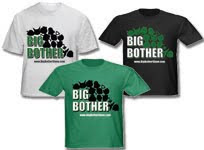 We’re proud to announce the completion of Big Bother: Season 2 with the release of Episode 20: The Fast and the Furry-ous. Cast, crew and fans were treated to the entire season, as well as other webseries episodes, on the big screen at the recent season finale party. We’re also pleased to reveal the Big Bother T-Shirt; order yours today at www.BigBotherShow.com. The third and final season won’t be released until the summer of 2011. But this fall, look for a brand new webseries from Dumper Entertainment (Watch website for updates). And now for this month’s webseries category – one of my favorites – fantasy. 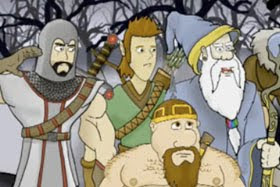 In a world ruled by barbaric warlords, the oppressed, fearful masses now have someone to turn to – Doraleous and Associates (for a small fee). Legendary warrior Doraleous fights for justice with the aid of his not-so-legendary companions: Neebs the archer, Mirdon the wizard and Drak the dwarf. Available on EscapistMagazine.com, this animated fantasy comedy is currently releasing Season 2 episodes every Thursday (Like BB!). The tale of the band of bumbling brothers is written and voiced by Brent Triplett, Nate Panning, Bryan Mahoney, Jon Etheridge and Tony Schnur, collectively known as Hank and Jed Movie Pictures. 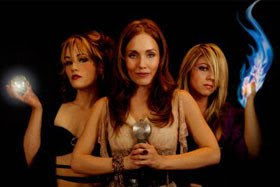 Also from Escapist Magazine.com comes our next selection, A Good Knight’s Quest. Video gamer Dorian (Craig Frank from Compulsions) has a geek’s dream-come-true when video Princess Adriana (Show creator Paula Rhodes) zaps out of the game and into his living room. But the dream becomes a nightmare when she’s followed by wicked vixens Raine (Cathy Baron from Valley Peaks) and Sandrine (Angie Cole from Sorority Forever), servants of the evil Galen (Douglas Sarine from Ask a Ninja). Dorian, Adriana and Gabriel (Charlie Bodin) must save the world by completing A Good Knight’s Quest, directed by The Crew’s Brett Register. 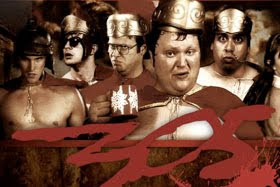 One of WebTV’s biggest success stories is 305. After their webseries, a parody of the film 300, received millions of views, creators David and Daniel Holechek produced a feature-length, DVD version (Available at Blockbuster and Netflix). You know the story of King Leonidas and the 300. But what you don’t know is the tale of five other Spartans who were hand-picked to remain behind and protect the goat gate. This mockumentary style webseries focuses on Claudius the boss (Tim Larson), Darryl, his incompetent assistant (David Schultz), Shazaam (Edward Portillo), Demetrius the Blind (Sunny Peabody) and the almost competent Testicleese (Brandon Tyra). 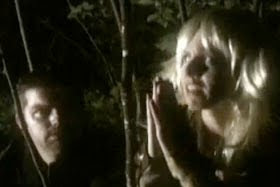 Our final fantasy selection strays from the comedy realm into pure fantasy with Canadian W.T.S. Entertainment’s Spellfury. In this mystical world, Druinia, the heroic and beautiful elf (Julie O’Halloran), finds herself in possession of a mysterious sword. Evil forces like the ghostly Straos (Darian Tibert) will stop at nothing to reclaim the powerful weapon. Druinia’s only companion is the thief Tarek (Matt Ficner), whose incompetence makes him more of a hindrance than an ally. Additional cast members include Rob Drebitt and Penu Chalykoff. Spellfury releases new episodes monthly on Koldcast and is written and directed by Travis Gordon.

Posted by Justin Marchert at 4:33 PM No comments: