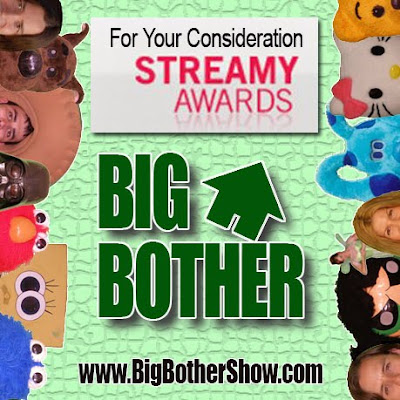 Happy New Year! While 2009 saw the release of Big Bother, 2010 will bring (God willing) the completion of our webseries. Also in 2010, the second annual Streamy Awards will be held. These are the honors for the best in WebTV. Here’s how you can help: All categories select one nominee by viewers’ choice. So please go to Streamys.org and vote for Big Bother in any categories you like – Best Comedy, Best New Show, Best Ensemble Cast, etc. You can even vote for a specific cast/crew member. Learn more at BigBotherShow.com or The BB FB Page. And now, this month’s WebTV category – Cosmic Comedy. 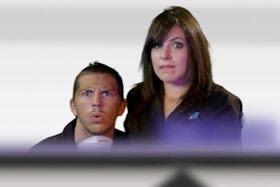 Deep beneath the important decks of the Starship Azarius, The Crew of the engine room is hard at work ... or something. Through a bureaucratic mix-up, the incompetent Captain Tom (Philip Bache) runs the show, much to the chagrin of experienced crewmen Tim (Show creator Brett Register) and Patrick (Craig Frank from Compulsions (Compulsions creator Bernie Su co-produces The Crew as well)). Other crewmembers include Mike Hart (The voice of Big Bother’s Boticelli) and Ariel Lazarus (from A Guy And His Beaver). The Crew had several WebTV guest stars in Season 2, including Jessica Rose (from Lonelygirl15), Robin Thorsen (from The Guild) and Taryn O’Neil from… 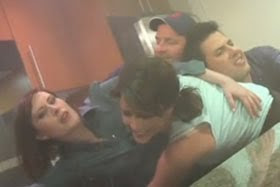 Hurtling Through Space At An Alarming Rate

The cast of our next selection are also Hurtling Through Space (At An Alarming Rate), but without a ship. HTSAAAR takes place in the apartment of Mike (Davies, show creator) and Stuart (Paap, from Live From The Future With Stuart Paap). For reasons not entirely clear, their apartment is on a cosmic journey, visiting such otherworldly realms as the Planet of Dirty Laundry. Also for reasons unknown, the boys can receive visits from neighbors Stephanie (Thorpe) and Taryn (O’Neil, both of whom are from Davies’ After Judgement). The season finale also gets a visit from Casey McKinnon (from Galacticast and A Comicbook Orange). 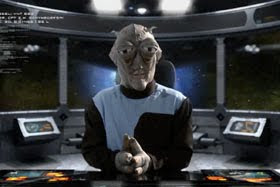 We move from Babelgum.com (Where The Crew and HTSAAAR can be found) to Koldcast.tv for our next spacely selection, Zerks Log. “Three time fragments ago, Captain Zerks Ganymedewski (Ben Alpi from Star Trek: New Voyages), and his ship, the Venturi 553, disappeared without a trace. What happened to Zerks and his ship? No-one knew -- until the recent discovery of the Venturi’s log capsule” (From the Zerks Log website). Other crewmen include Abel Farnspet (Dave Condon), Lt. Suva (Sarah Babb) and Cilanjoe (Rob King). King is also a show creator, along with Steve Lettieri and Chris Conway. 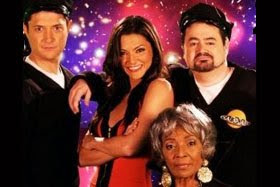 The final selection, for the first time on the BBlog, is a webseries that hasn’t been released yet – Daily Motion’s The Cabonauts. But creator Hayden Black (from The Occulterers and Abigail’s Teen Diary) has a great track record, so we’re confident it will be a hit in 2010 (And who knows when we’ll feature space comedy again). Black and Norm Thoeming play galactic cabbies in a sci-fi musical Black calls “Hichhiker’s Guide to the Galaxy meets Flight of the Conchords.” The cast is completed by Monica Young (from Black's Goodnight Burbank) and sci-fi legend Nichelle Nichols (From the original Star Trek).
Posted by Justin Marchert at 12:41 AM No comments: