Welcome back to another "Big Bother Bblog." In the last six months of Bblogs, we've covered everything from begging the actors to show up to multiplying gorilla suits through the magic of Final Cut. The final phase in the process was the June 18th release of "Big Bother." We must have done something right, because everyone loves it! We're still looking for all the viewership we can get, so be sure to spread the word. Since there isn't a whole lot else to say about the release phase, I thought I'd use the rest of this Bblog to share some other great webseries with you: 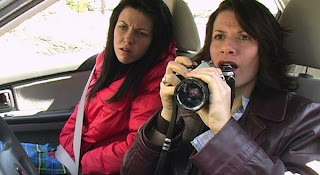 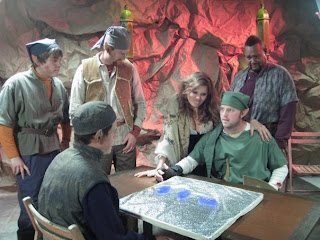 The Legend of Neil

After a drunken game of "Legend of Zelda," Neil wakes up in the fantasy world of Hyrule. Here, he must battle Ganon's minions -- from Tektites to Dodongos. If he can vanquish these foes and avoid an oversexed fairy, he just may save the princess. "Neil" has just begun its second season. "The Guild" star Sandeep Parikh created the fantasy comedy, which is a co-production of EffinFunny.com, Atom.com and Comedy Central. "Big Bother" fans may recognize "Neil" star Tony Janning as the voice of Lou the Dog. 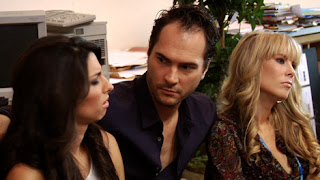 What do you get if you add Playmates to "Office Space"? "The IT Chicks" comes pretty close. Written by National Lampoon's Scott Rubin and Phil Haney, this new webseries follows Stephanie (Elspeth Keller) and Chloe (Jade Catta-Preta) as they take on the biggest computer challenges an office can offer. But the real problems in this workplace are the workers. The worst of the bunch is Barry, played by Kato Kaelin (Who interestingly is mentioned in an upcoming "Big Bother"). 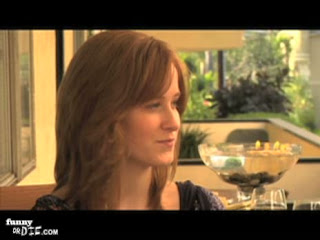 Engaged: the Show
“A fake reality show made by a real couple about a fake couple who have trouble facing reality on their way to the altar,” is how creator Matt Enlow, half of the aforementioned "real couple," describes his latest venture, "Engaged." Matt's previous WebTV offerings include "Mountain Man" and "MyJobESearchOnlinester.com." In addition to the webisodes, "Engaged" couple Chrissie (Christine Weatherup) and Keith (Ted DeVirgilis) offer supplemental video "Quick Tips," such as: Call the waiter a prick, so that everyone knows who's boss.
Posted by Justin Marchert at 6:55 PM No comments: