Vloggers: 4 Webseries From the Feminine POV 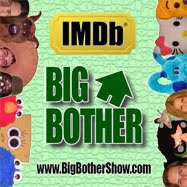 Happy (Early) Valentine’s Day! The big news this month is Big Bother’s IMDb acceptance. Check it out at IMDb.com. Note: most of the cast and crew members aren't posted yet, but will be appearing in good time. Also, big thank-you's to all of the fans who submitted us for Streamy nominations in January. Keep your fingers crossed. For Valentine’s month, we originally intended to BBlog about “Romance Webseries.” But it turns out there just aren’t enough of them (yet). So we decided to cover the next best thing – lonely girls looking for love – the vlog shows. 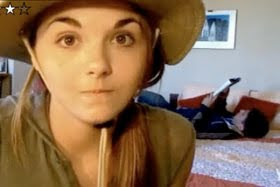 The granddaddy of all webseries, Lonelygirl15 launched in 2006 and acquired an immediate and loyal following. Lead character Bree (Jessica Rose from Sorority Forever) was believed to be a real teen vlogger. When the truth was revealed, fans were forgiving. The “reveal” also gave creators Mesh Flinders, Miles Beckett, Greg Goodfried and Amanda Goodfried the opportunity to shift the show into much more exciting directions. Bree turned out to possess a biological trait which put her on the run with characters like Daniel (Yousef Abu-Taleb), Jonas (Jackson Davis) and Spencer (Maxwell Glick). International “LG15 Spinoffs” include KateModern, N1ckola and the latest, Outbreak. 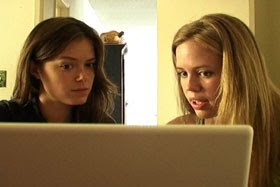 Our next selection is Strike.tv’s more down-to-earth vlog show, With the Angels. Taffy (Jamie Tisdale) has just moved from Arkansas to California with dreams of filmmaking. Creator Mary Feuer shows us that Taffy is not an instant match with the Hollywood lifestyle. She feels much safer with the camera between her and Venice residents like Andy (Rene Alvarado), Clay (Timothy Lee DePriest) and Miranda (Kay Ostrenko). Two of her new friends, Trey and Ashley, are Lonelygirl15 alums, Sean Vincent Biggins and Carly Jones. Listen to Jones as the voice of Kiki Bonjour this spring in Big Bother: Season 2. 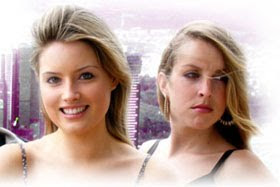 We head across the Pacific from California to Australia for our next selection, Oz Girl. Sadie (Sophie Tilson) has just moved from the countryside to the big city of Melbourne (Sound familiar?). There, she reunites with cousin and fashionista Megan (Shanrah Wakefield, who guest starred in The Guild). But their friendship is soon splintered by a love triangle with Aussie barrista George (Richard Askin). Creator/director Nicholas Carlton and writers Tilson and Lisa Bedwell prove that love, betrayal, ambition and other elements of the American soap story are just as prevalent in the land down under. 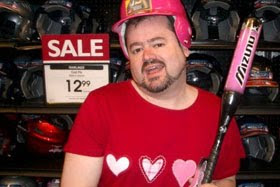 And now for something completely different. Abigail Hoffman is our final vlogger girl. She discusses many of the same topics as the rest – love, sex, K-Fed. The difference is that this 13-year old web chick looks like a 40-year-old, overweight, bearded man. Hayden Black plays the digital debutante who is suffering from the fictitious “Bloomberg’s Disease,” which caused her to age approximately 25 years between the 7th and 8th grades. Abigail even has plans for a book, DVD and TV series. BBlog followers will recall Black’s many other webseries, including Goodnight Burbank, The Occulterers and the upcoming The Cabonauts.
Posted by Justin Marchert at 9:10 PM 2 comments: