Travel Time: 4 Webseries From The Road 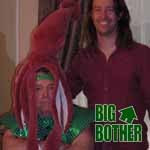 Happy Father’s Day! This picture of my Dad and I is a sneak peak of a future Big Bother episode (Though it’s quite a ways off). We’re on a brief Mid-Season 2 hiatus right now, but we'll be returning with new episodes in July. In June, the BB trailer was screened at the Stay Tuned TV awards. We didn’t win, but saw some great webseries. For this month’s BBlog, we’re kicking off vacation season with a tour of WebTV’s travel shows. We’re leaving scripted shows behind, for the first time, and traveling through Los Angeles, California, across the globe and beyond (You’ll see). 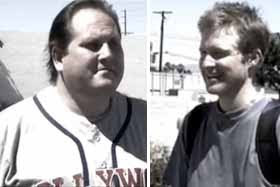 My Way or the Highway

You may be able to enjoy the first travel series with out even leaving your city. In My Way or the Highway, car enthusiast Joe Neuburger attempts to cross a different town every episode using only the highways. Green traveler Chad Rock attempts the same feat using only, you guessed it – public transportation. Producers Neuburger and Rock, along with producer Joe Stockman, are planning trips to New York, Seattle, Chicago and maybe even your town. Check out the first episode to see who will win – the green guy or the gas guzzler – as they take on their first challenge – Los Angeles. 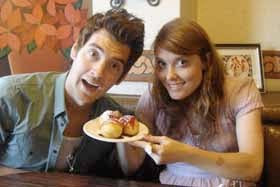 When you’re ready to breach the L.A. city limits, you’re ready for Gettin Outta Town. "Daycations" are the travel topic for creator Venetia Pristavec, who co-hosts the show with Matthew Anderson. Join them for a day in Solvang, a Danish community where you can take a tandem bike ride and visit the Hans Christian Anderson Museum. Their Julian tour includes a gold hunt, a horseback ride and homemade apple pie. Or, accompany them to Santa Ynez for wine tasting, berry-picking and a mini-horse ranch. Associate Producers Michael Siegel and Corina Garcia help assure that every destination is a delight. 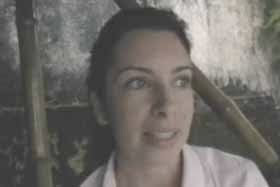 When you’re ready to go abroad, you just might be ready for The Peregrine Dame. Creator, producer and host Rachel Parsons is a one-woman travel documentarian. In Australia, she hikes Uluru (Ayers Rock), takes in a Sydney opera and camps in the Outback. In India, she explores the Gandhi Memorial and the Red Fort, but is also unafraid of visiting the not-so-scenic side of town. In Israel, she visits a Jerusalem bazaar, the Church of the Holy Sepulchre and the Western (Wailing) Wall (As well as the catacombs beneath it). Other destinations include Italy, California and a soon-to-be-taken African safari. 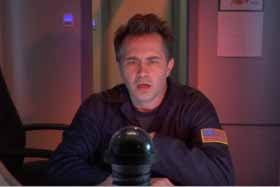 If traveling around the globe isn’t enough for you, then you’re ready for the ultimate destination … Mars. OK, this last selection is a joke, as travel shows go. But it’s legit for web comedy. SOLO is the tale of Scott Drizhal (creator, writer and star Jonathan Nail), who is on his way to Mars as a reality TV show star. He leaves behind wife Becks (Michelle Boyd from The Guild) for the sole company of his ship’s computer, PHAL9000 (Jason Burns). Everything is going according to plan for the solo explorer … until his TV show is cancelled.

Posted by Justin Marchert at 10:01 AM No comments: