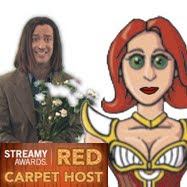 Who has great hair, a winning personality, and is willing to take on any other project rather than complete the editing of Big Bother: Season 2? Justin Marchert – that’s who. For my latest project, I created a demo interview reel (with the help of Carly Jones, Jeff Williams and Max Glick) for my submission in the Red Carpet Host the Streamy Awards contest. Check it out and vote daily through April 2nd at http://www.gotcast.com/Marchert . BTW, the release of BB season 2 will be … soon (If we announce a timeline, the terrorists win). And now, the March Bblog category: College shows. 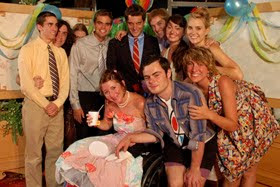 Our college edition begins on the notorious dorm floor – 5 South. With the exception of writer Mark Stewart Iverson, Dorm Life’s creators are all regulars in the show: Chris W. Smith and Jordan Riggs play college students Mike and Daniel, Jim Brandon and Jack DeSena play party animals “Gopher” and Shane, and Brian Singleton and Jessie Gaskell take charge of the floor in a good cop/bad cop relationship as Marshall and Steph (Steph’s floor-bonding ideas include “Temporary Tattoo-sday”). Dorm Life is also up for an audience choice Streamy Award. Cast your vote here. 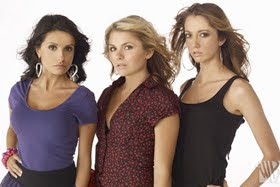 We move from college comedy to the darker side of campus in the WB's Sorority Forever. Directors Doug Cheney, Chris Hampel, Chris McCaleb and Ryan Wise (Collectively known as Big Fantastic) and executive producer McG bring us the exclusive sorority, Phi Chi Kappa. Here, freshman Julie (Jessica Rose from Lonelygirl15) tries to fit in with seemingly confident sorority girls like Taryn (Taryn Southern from Private High Musical), Naomi (Angie Cole from The Crew) and Rachel (Annemarie Pazmino from Compulsions). But with the help of the mysterious Joaquin (Joaquin Pastor), Julie soon learns that Phi Chi Kappa holds secrets she could never imagine. 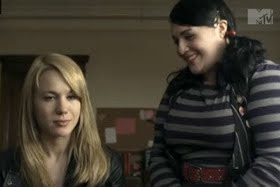 If the secrets and scandals of Phi Chi Kappa aren’t enough for you, then perhaps you’re seeking MTV’s gothic horror, Valemont. Creators Christian Taylor and Brent Friedman introduce us to Sophie Gracen (Kristen Hager), who enrolls at Valemont University in hopes of learning how her brother Eric (Eric Balfour from 24) was brutally killed. Things quickly get creepy when she sneaks into the fraternity house of horror. Sophie’s crazy new roommate, Poppy (Nikki Blonsky from Hairspray) turns out to be the sanest one on this campus of supernatural surprises. Valemont was nominated for six Streamy Awards, including best drama and best writing. 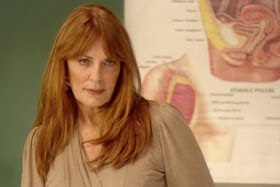 We return to college comedy/drama with Koldcast’s Sex Ed. Professor Alison Trevase (Joanna Cassidy, whose extensive credits include Blade Runner) has decided to teach her students a thing or two about sex – without the textbook. Creator Ernie Vecchione and director Tamela D’Amico bring us a class of students whose sexual experience varies … greatly. Dean (Matt Barr) knows “a lot about lovin’ but little ‘bout love.” Kate (Andrea Lui) must learn to overcome her self-consciousness. Al (Andra Fuller) seems the most out of place, with no intention of having sex before marriage. Cassidy is nominated for a Streamy for best actor.
Posted by Justin Marchert at 3:08 PM 1 comment: